Domaine EcÔtelia is located in the heart of South Gironde

Gironde is a department with a very important historical heritage. In fact, you will be able to discover a very warm local environment through its villages and traditions.

Many monuments, such as fortified castles or religious buildings have an important place in the Aquitaine's history and reflects its glorious past.

Therefore, you will have the chance to visit the Bazas village and its imposing cathedral. Make sure to go to the market and little stores to relax while enjoying the pleasures of the Gironde's terroir and its traditions. The local heritage is a treasure to find for the more curious, or simply to discover in order to learn about our region and its culture.

From your glamping lodging, you will be able to discover the local heritage for your unusual stay to be the chance to know our territory and its treasures.

Opt for the Tree Castle for example, a tree house that allows you to travel through time ! Don't miss the chance to spend time in the heart of Aquitaine for original and unique holidays. 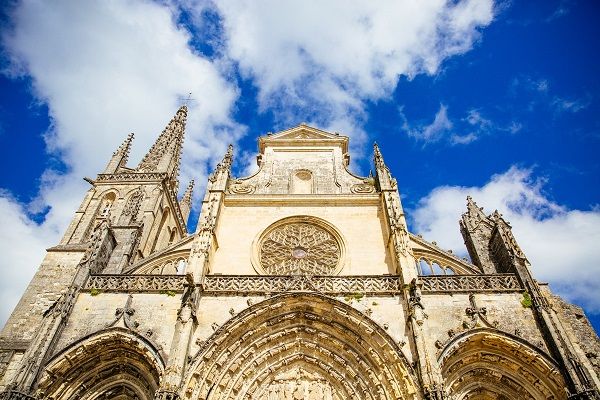 Bazas, a town focused on art and traditions

Bazas, 7 kms away from Domaine EcÔtelia, is a true gascon village.

To soak up the atmosphere of the region during your stay, what better way to discover the region than the Bazas market, where our exhibitors offer fresh and local products.

The town also has a special charm, thanks to its place where stands an majestic cathedral. Arcades protect you and invite you to discover many restaurants and shops where you will get a very warm welcoming. Try the typical dishes of Gascogne such as the Bazas' beef and the woodpigeon salmi.

For a complete immersion, why not sleep in our Tree House "Palombière" or in one of our Tree Castles !

To discover the castels of the region, what better way than a night in one of our tree houses with a turret, symbol of the fortified castles built around Domaine EcÔtelia. Our Tree Castle will offer your family an original and unforgettable stay focused on the local heritage. 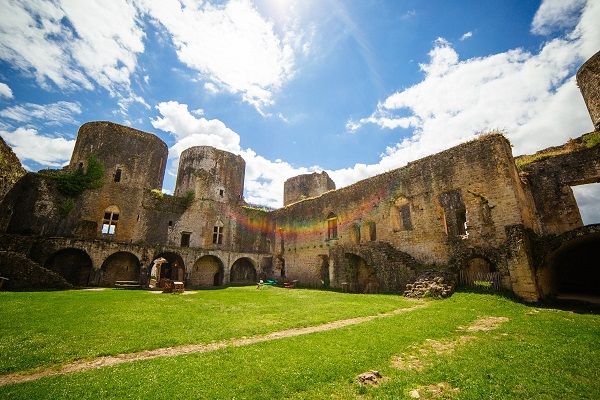 The Bazas Cathedral and the routes of Santiago de Compostela

The Saint Jean-Baptiste Cathedral, on the major place of Bazas, is a must-see historic monument of the region. Built in the 5th century, this cathedral has known numerous tragedies and changings, in particular during the religious wars and the Revolution. Its architecure traces the Bazas' history through its different styles.

You will be able to follow the Brèche Promenade path which allows you to discover the exterior façades of the cathedral from every angle. Inside, you will be surprised by the beauty of the organ.

If you are staying in Domaine EcÔtelia, we recommend visiting Bazas, and therefore admire the architecture of this historic monument, listed as a UNESCO World Heritage site on the route to Santiago de Compostela.

Saint Macaire is a South Gironde town, 47 kms away from Bordeaux, along the right bank of the Garonne river. This ancient Middle Ages city, with its historical character, offers you to discover an important part of the history of France.

In fact, this city occupied a strategic position, thanks to its location on top of a rocky promontory. It was a privileged city for trading activities. Moreover, this ancient commercial city was trading a lot of wine, thanks to the collect of tolls, which allowed the city to get richer during the Middle Ages.

Excavations have shown elements dating back to the Gallo-Roman times, in particular Roman baths, which proves that there was already human settlement at that time.

Saint-Macaire's villa also traces long periods focused on religion. It was a crossing point for the pilgrims walking the route of Santiago de Compostela. Occupied by benedictine monks, they could heal the travelers and allow them to rest before continuing their route through the Landes and its vast swampy areas. Benedictine monks, who created the vineyards, left behing a rich architectural legacy, that the city tries to spotlight today by preserving the local heritage and particularly the houses.

Even if monuments were destroyed during a time where the city was carrying out an activity requiring the extraction of stones, beautiful buildings are still here. The Saint-Sauveur priory, which holds the Saint-Macaire church, offers you to go back to the monastic period of the city. A part of the monument which was restored belonged to the old benedictine monastery.

During the excavations, other traces of this building have been discovered. The Saint-Sauveur priory and the church are classified as Historic Monuments.

If you visit the medieval city of Saint Macaire, you will surely see the Place of Mercadiou, meaning "Market place" in gascon. It is crucial for the city and is also full of medieval memories. Under the arches, discover houses with typical architecture, with a strong influence of the Middle Ages.

Local producers gather around the Place of Mercadiou for the market during the summer time. Make sure to see the medieval parties, organized by the city every summer.

During your family stay in one of our Tree Houses in Domaine EcÔtelia, take the time to visit this medieval city that takes you on a time travel. 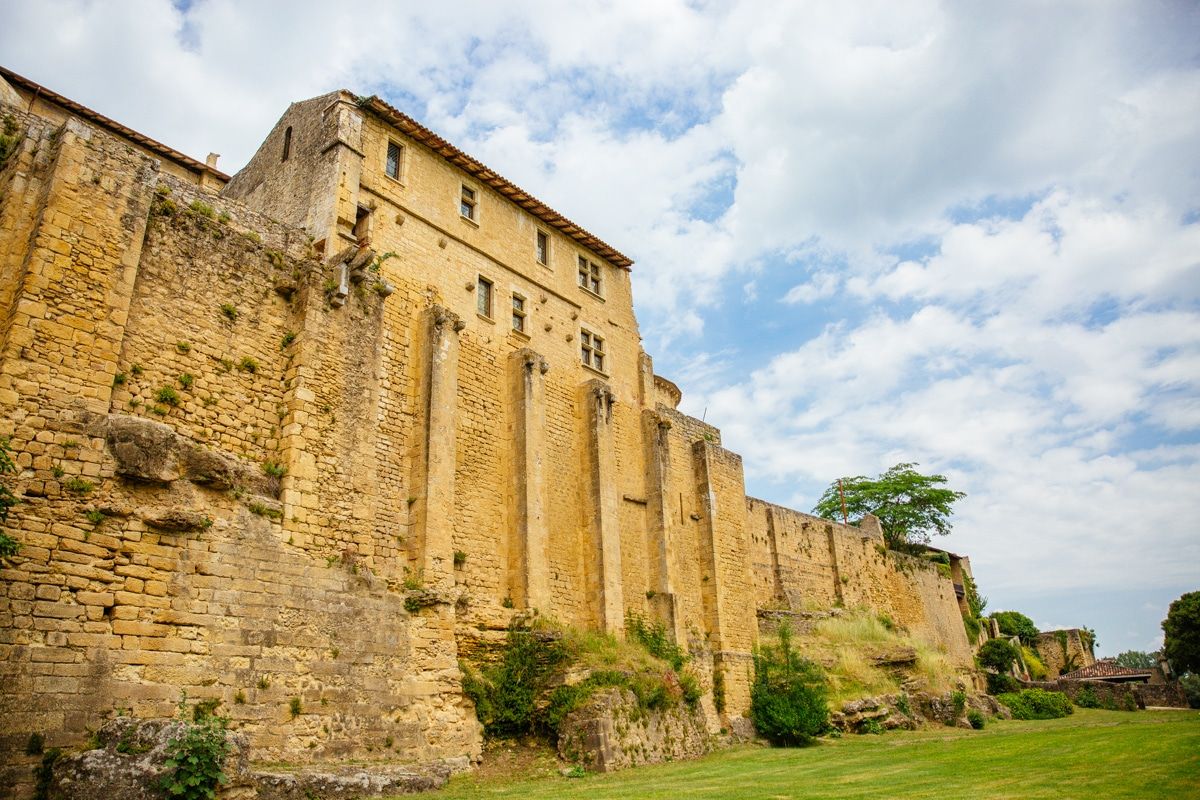 Notre-Dame d'Uzeste Church, located in Uzeste in Gironde, is an impressive sacred monument, in the heart of the Gironde High Landes. It was built between the 13th century and the 15th century.

At first, the foundations were built in Roman-style, before the Gothic nave & choir arrived in the 14th century. In fact, it was rebuilt in Gothic style under the orders of Pope Clément V, local child named Bertrand de Got. Therefore, it became a Collegiate Church thanks to its college composed of a dozen of canons who provide constant maintenance. Its gothic style and its huge stained glass windows give it a majestic look.

Its distinctiveness comes from its vaults, not commonly found in the religious buildings of the South of France. The tympanum over its portal evokes the Coronation of the Virgin. Behind its altar is the burial place of Pope Clément V. You will find recumbent statues in particular the one of the knight Jean de Grailly, but also beautiful stained glass windows dating back to the 19th century. They trace the Virgin's life and also the important events connected to Pope Clément V.

The Uzeste's Collegiate Church is an important religious building for the pilgrimage.

During your glamping stay in EcÔtelia, make sure to discover this local heritage. You will then enjoy our Tree House "Palombière" totally immersed in our region's traditions and history. 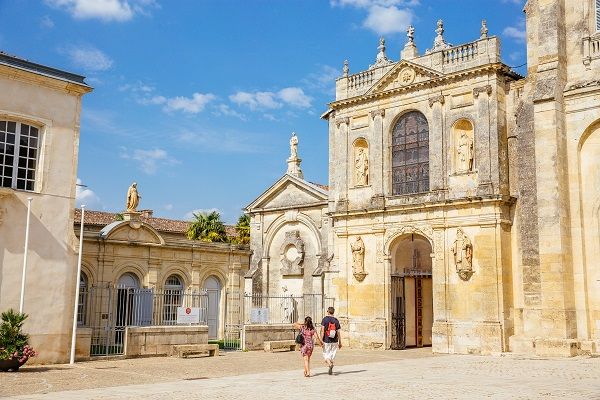 The Verdelais Basilica, in South Gironde, less than 18 kms away from Domaine EcÔtelia, is known as a pilgrimage site in Aquitaine.

This sacred monument was built during the 12th century by monks in order to welcome the miraculous wooden statue of Virgin and Child. But the basilica suffered numerous damages over time. After the ravages, célestins monks worked to restore it and changed it into a great pilgrimage site.

At the top of the steeple, we can see a statue of the Virgin, covered with gold leaves. This steeple was burnt down during the 19th century, but was restored afterward. In this baroque edifice, you will find a polychrome wooden statue of Notre-Dame de Verdelais. The basilica also aims to thank for miracles, with numerous reliquaries inside. The central nave's walls seems to date back to the Middle Ages.

It should also be noted that the tomb of the famous painter Henri de Toulouse-Lautrec is situated in the Verdelais cemetery, close to the basilica.

A true cultural heritage, the Palombière is a regional tradition and in particular from the Gironde and the Landes departments.

This hunt is about attracting wood pigeons (migratory birds) with baits, in order to catch them with a net. The Louchats Palombière invites you to discover this strong cultural heritage through a visit of a real traditional hunting cabin. Tours and playful activities will please young and old.

Situated 30 kms away from the Estate, you will have the chance to discover the history of the region, while spending time with your family in one of our Tree Houses "Palombière", tribute to our regional traditions. 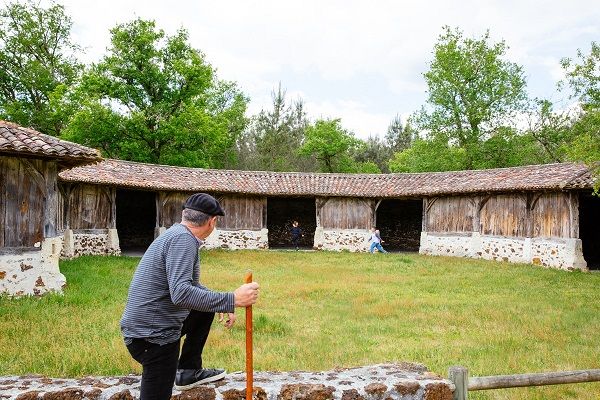 Do you have a gift voucher ? 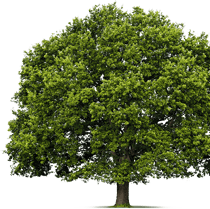 Information related to the COVID-19 coronavirus

Our health protocol for a safe reception